Pandemic Christmas by the barrel 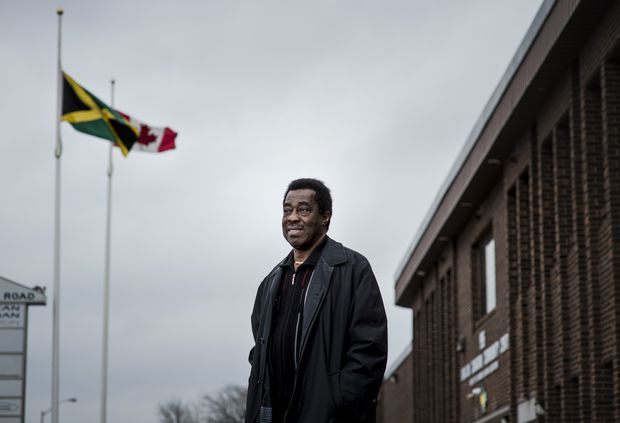 Sylvanus Thompson has been sending household essentials from Toronto to friends and family in Jamaica for decades. He mostly sends food: rice, cooking oil and canned corned beef, which is used to make bully beef, a popular dish back home. But no shipment is complete without green bars of soap.

“They don’t ask, ‘Do you have soap?’ They ask if you’re bringing the Irish Spring,” Mr. Thompson said. Some joke that Irish Spring is Jamaica’s official soap because of how frequently members of the diaspora are asked to send it to the island.

Mr. Thompson is just one of many Canadians who hail from the Caribbean and routinely send barrels full of food, clothing and other staples back to their home countries. Shipping school supplies, care packages and Christmas gifts can be a boon for residents of islands where some items are hard to find, and there are often heavy duties on imported goods.

The pandemic has altered the dynamics of barrel shipping. People who haven’t sent barrels for years are doing it again, and the contents are often tailored to surviving COVID-19 in countries with fragile health care systems.

Mr. Thompson, a long-time member of the Jamaican Canadian Association, has also sent barrels with the organization for disaster relief efforts and other charitable causes. He recently shipped a barrel of his own, full of masks, sanitizer, disinfectants and thermometers, to loved ones in Clarendon, the Jamaican parish where he was raised.

“Not that I don’t think people are hungry, but I think that was much more important to send this time,” he said.

The barrels range in size, from a small one that reaches up to your knee, to the popular jumbo barrel: 112 centimetres tall, providing about 0.4 cubic metres of storage, and able to carry as much as 135 kilograms of cargo. Barrels come in many forms, but the most iconic model is the blue plastic container. Once emptied, some recipients will use them to collect rainwater, be it for drinking or to feed crops.

Barrel packing is an art form. Weight usually doesn’t affect the cost of shipping, so people have the incentive to pack goods into every square centimetre. But it must be done with care, to reduce the risk of sending broken bottles and cereal that tastes like soap.

“Soap is a tricky one because it’s going to smell in the barrel, right? So I try to put it in a separate box,” Mr. Thompson said. Fragrant products should be double-packed to keep the smell away from other items. He also uses tape liberally to give extra insurance to seals that could break while tumbling around on the ship.

Sean Sander, owner of Tradespan Cargo in Mississauga, said barrels gained popularity with Caribbean Canadians in the 1980s. They’re sturdier than a cardboard box, and their shape offers structural stability.

“Because of their shape, they can actually take a lot more weight for that size,” he said. “No matter how hard you press on it, it’s not going to burst.”

His company ships between 30,000 and 40,000 barrels a year to Caribbean countries. Barrels are picked up from customers’ homes, and then travel by rail to Halifax, where the ocean voyage begins.

October and November are the busiest months of the year at Tradespan. Mr. Sander usually gets a lot of business from migrant farm workers with families in the Caribbean, but the pandemic has changed that somewhat, too.

“There’s an estimated 15,000 that come up every year,” he said. Because of COVID-19, in 2020 “not as many were permitted to come up. And then the ones that did come up, the farms that they work on put themselves into their own quarantine. And they told the employees that they cannot go on and off the farms.”

However, he has found a new set of customers. “We found that customers that have not shipped with us in over five or 10 years have started shipping again this year,” he said.

During the pandemic, toys are being sent less, and food is being sent more. Mr. Sander said panic-buying has cleared grocery shelves in the Caribbean.

“They’re having a lot of issues finding food items in the grocery stores, and when they do find them, they’re terribly expensive. … It’s for a few months that they’re not seeing certain [grocery] products.”

COVID-19 has also shifted the needs of students.

“With school now being mostly remote, everybody wants [electronic] tablets,” Mr. Thompson said. “Some of these kids, they really depend on that.”

Kareem Constantine is also thinking about what children need most. Of the 17 barrels he sent to Clarendon – where he, like Mr. Thompson, is from – this year, one will contain masks fit for young children.

Mr. Constantine, who lives in Toronto, ran a collection drive last year, gathering items from friends, family and parents at the school where he worked. He shipped seven barrels to Jamaica. This year, seeing a greater need amid the pandemic, he set a goal to send 10 barrels. He set up a GoFundMe page so people could offer contactless support, and has raised more than $5,000 to date.

“I tried to buy the stuff that I thought would best bring that Christmas cheer to the people,” Mr. Constantine said. “We have so much here, and when it translates in Jamaican dollars and cents, it’s so much more.”

In early December, Mr. Constantine took a flight to Jamaica to distribute the goods himself. He picked up his shipment at a wharf, where customs officers inspect the barrels, and charge him a flat rate of 6,500 Jamaican dollars (about $60) per barrel to “clear” them, no matter the weight or size.

Depending on where one lives, it could take hours to reach a warehouse, but the long trek is worth it for those who want to be present when customs agents inspect their barrels.

“People are so used to clearing their shipments themselves,” Mr. Sander said. “This is a unique situation in the Caribbean that you don’t see other places in the world.”

Mr. Thompson pays extra for home delivery, which brings the barrel right to the door of its recipients.

“It costs me a bit more, but it’s less strain on them. And, of course, I would still have to send money to them to clear anyway,” he said.

Strain is the last thing Jamaicans need right now. The small island has had 12,000 cases of COVID-19, and the pandemic has slammed local businesses and its tourism industry.

“A lot of people have been home jobless,” Mr. Constantine said. “That’s what propelled me to want to have even a bigger collection drive than I did last year, because I know the need is greater this year.”

Our Morning Update and Evening Update newsletters are written by Globe editors, giving you a concise summary of the day’s most important headlines. 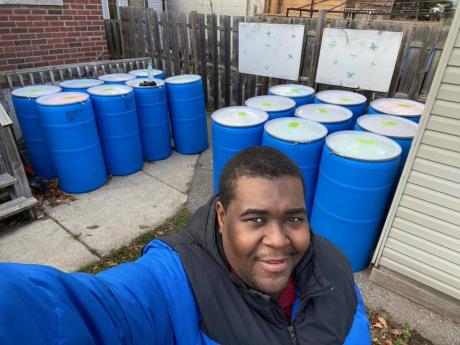 With a little, do a lot